Sitting down and looking over everything Burning Shadows has to offer has been an emotional rollercoaster. Things started out pretty negative. When I first saw the blister promos, I decided this set was going to be a complete dud through and through. 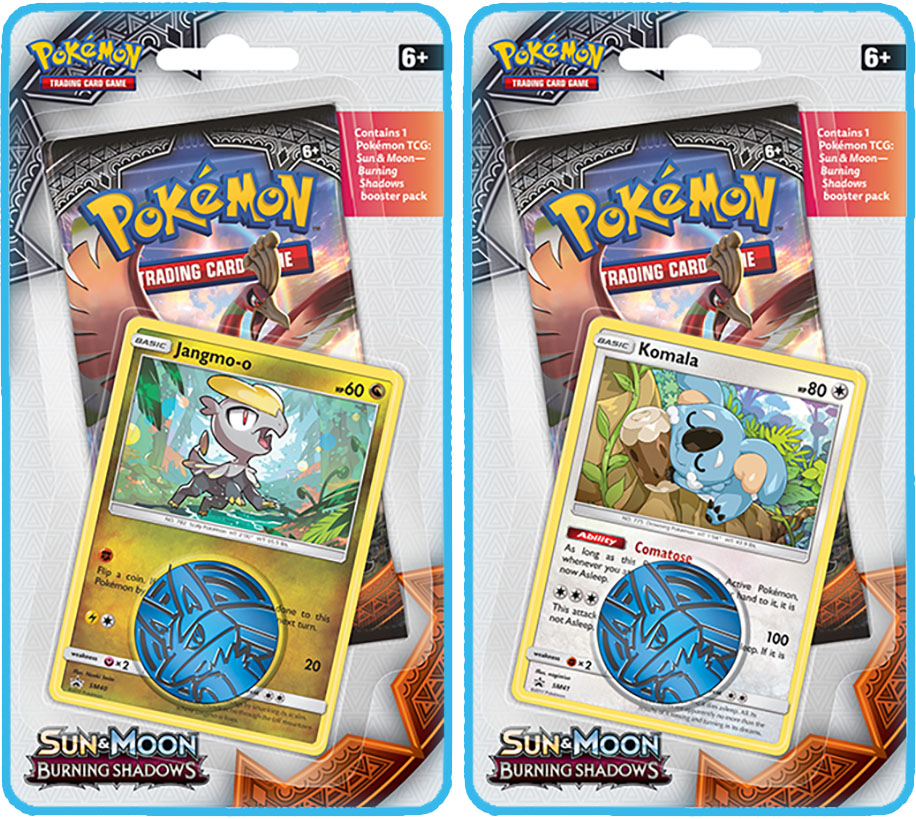 And it is understandable that I would feel this way. These are perhaps the least inspired, least desirable blister promos we have ever seen. It is unfortunate that Pokemon has come to believe that it is sufficient to take any random card, give it a new holofoil treatment, and pop it in the front of a blister. I’m a firm believer that promos are underutilized in the hobby and could be used as a way of encouraging everyone to collect more seriously. Pokemon is a firm believer that it’s not worth the effort of caring about its own collector base. At least, that’s the assumption these “promos” lead me to draw. Even Steam Siege, one of the worst modern sets and possibly one of the worst sets ever, had legendaries, however uninspired, in the front of its 3-pack blisters.

The theme decks didn’t do much more for me. Getting unique artwork is fun and doesn’t happen very often outside of Japan, so Lycanroc was a breath of fresh air in that regard but with the amount of hype, Ultra Rare fever, and “EX/GX or bust” mentality circulating in modern Pokemon, the Theme Decks continue to disappoint on all fronts. No product should be the butt of an unspoken joke in the Pokemon world and yet we have the theme deck filling that role. 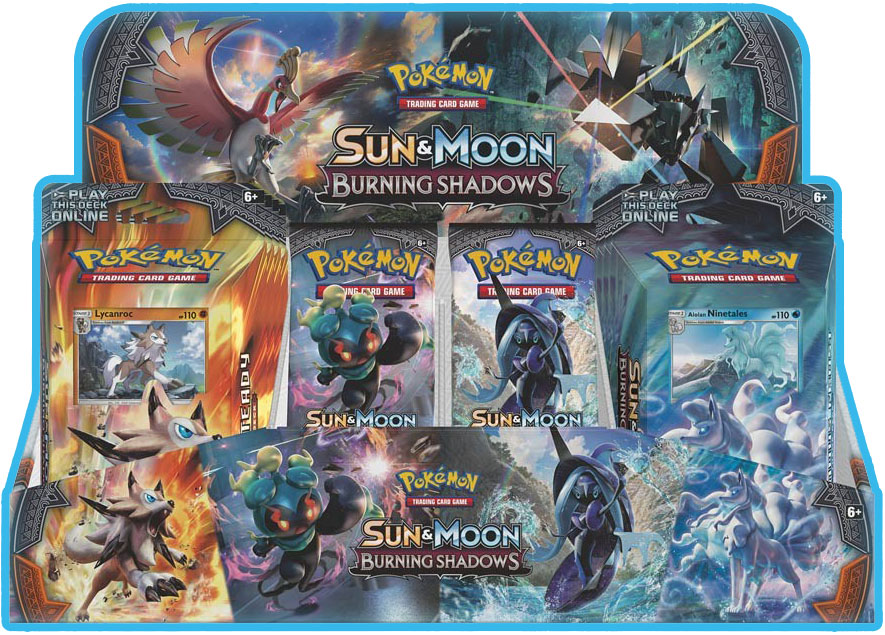 Going into a set, there are three promo sets I look at to get a feel for what the set will be like: blister promos, theme deck promos, and prerelease promos. The prerelease promos for this set were also unexciting. So it was fair to go into Burning Shadows without high expectations. As the leaks poured in, I did pick up a little bit of hope. The first thing I noticed was the continuation of the gold energy cards. Gold energies might not seem very exciting to people who collect but don’t play but I’m convinced they are a good sign of continuity. Pokemon has a bad habit of starting themes and then leaving them just shy of complete. I could cite a ton of examples but the most brutal in my mind was printing epic full art versions of Raikou EX and Entei EX and stopping before a Suicune EX ever came to be. It was a slap in the face that had a lot of people holding their breath with each new set and eventually fizzling out, abandoning hope at the door of Pokemon’s bad production habits. Gold energies being produced means that hasn’t happened yet. To top it off, this set includes the Fairy energy which lacks the bling treatment of cool old energies like Base Set league energies, Holon Phantoms and Emerald energies, or even the Call of Legends energies that command hefty prices today. 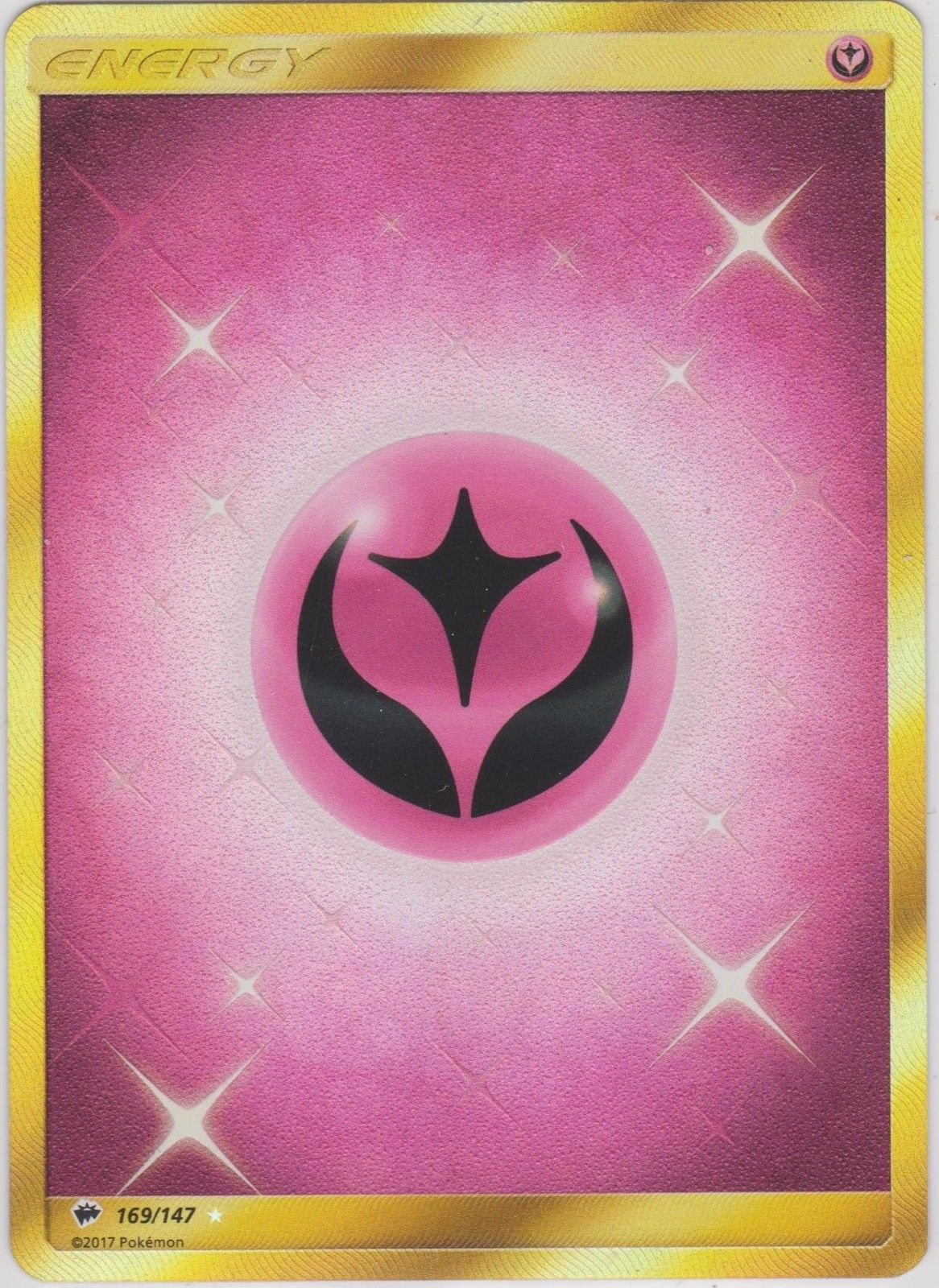 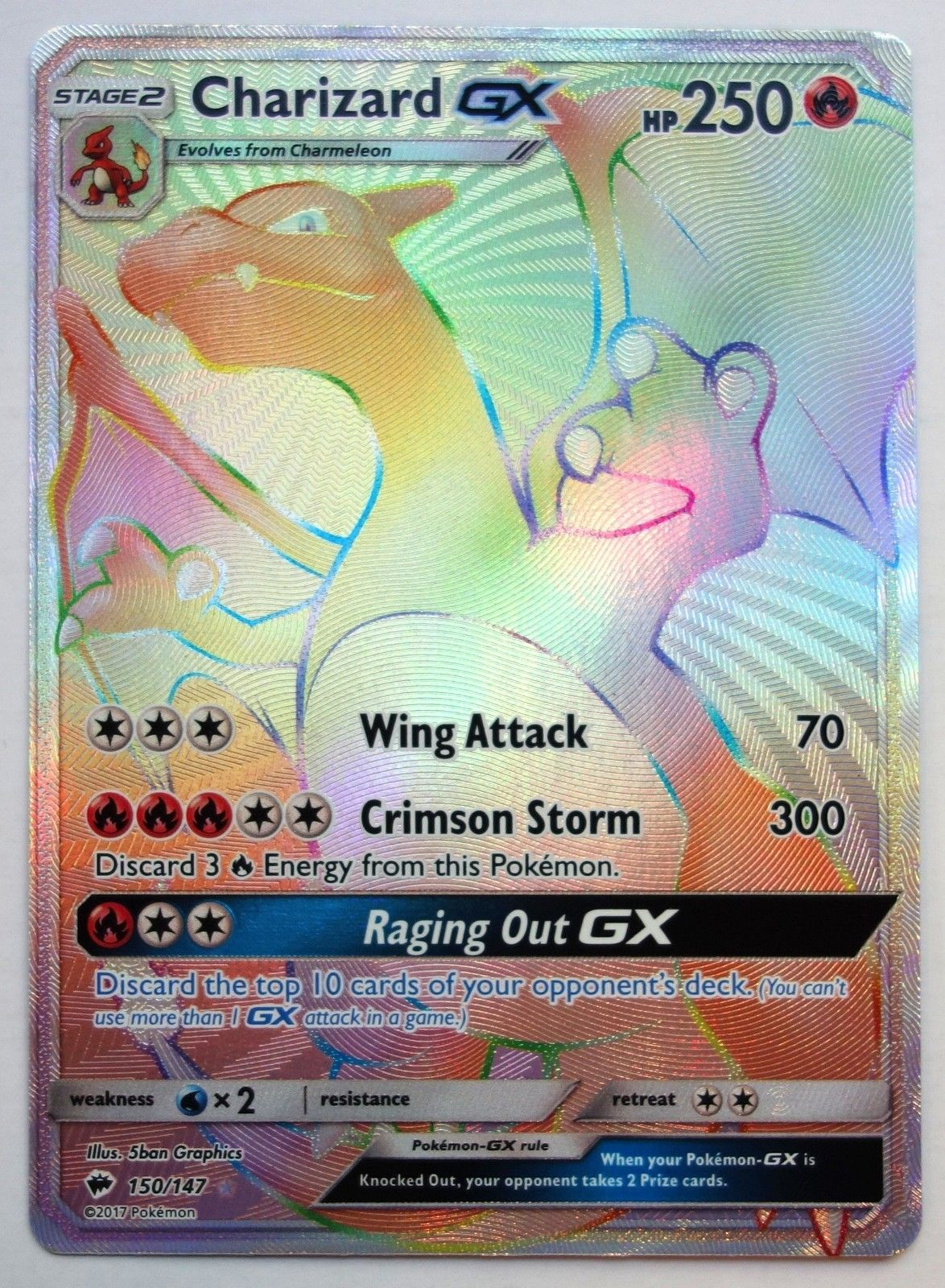 This is clearly intended to be the premier card in Burning Shadows. Pokemon knows printing Charizard is as close as you can get to printing legal tender money and they give it every treatment and form feasible (See: Shining, Gold Star, Crystal, Base Set Holo, GX, EX, Lv. X, Mega, on, and on, and on…). As far as Rainbow Rares go, the Charizard GX is alright. I think I share most of the community’s mixed feelings about the Rainbow Rares. While I appreciate the attempt to mix things up and do something unique, I am not overly drawn to the rainbow effect. I would prefer to see cool artwork with a unique flare to it rather than standard artwork with an effect applied afterward. In my opinion, the unique artwork is what releases like Gold Stars got right. There is a unique feel to the art itself and the way it is put on the card is a secondary thought. If you’re into Rainbow Rares, Charizard GX is a standard addition to your collection. If you’re not a fan, Charizard GX isn’t going to change your mind.

One shift that Burning Shadows brings that I’d like to draw positive attention to is the background artwork. As I noted in the 4th episode of the Ludkins Collectables Podcast, Guzma and Plumeria look like they’re straight out of Splatoon. 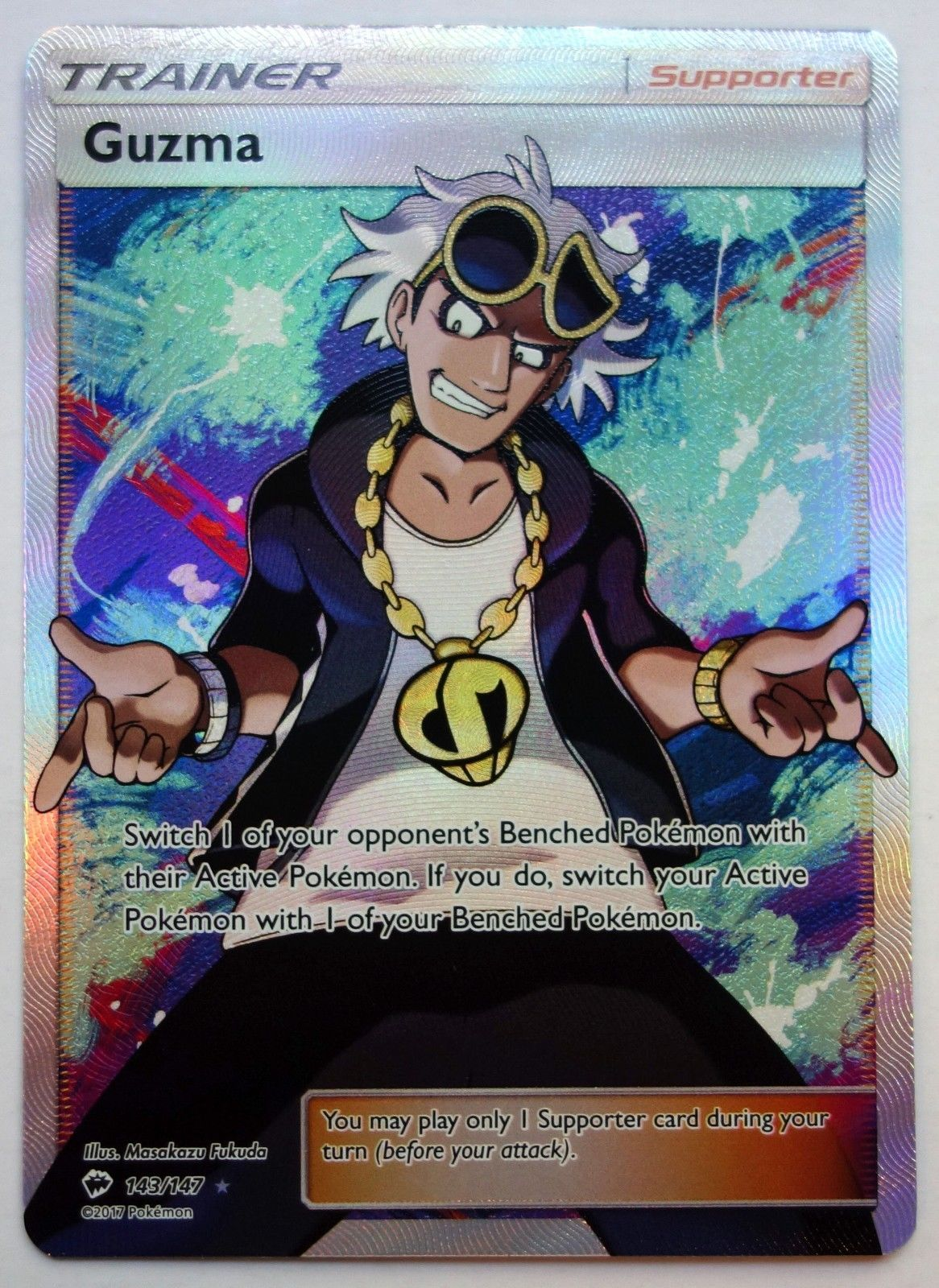 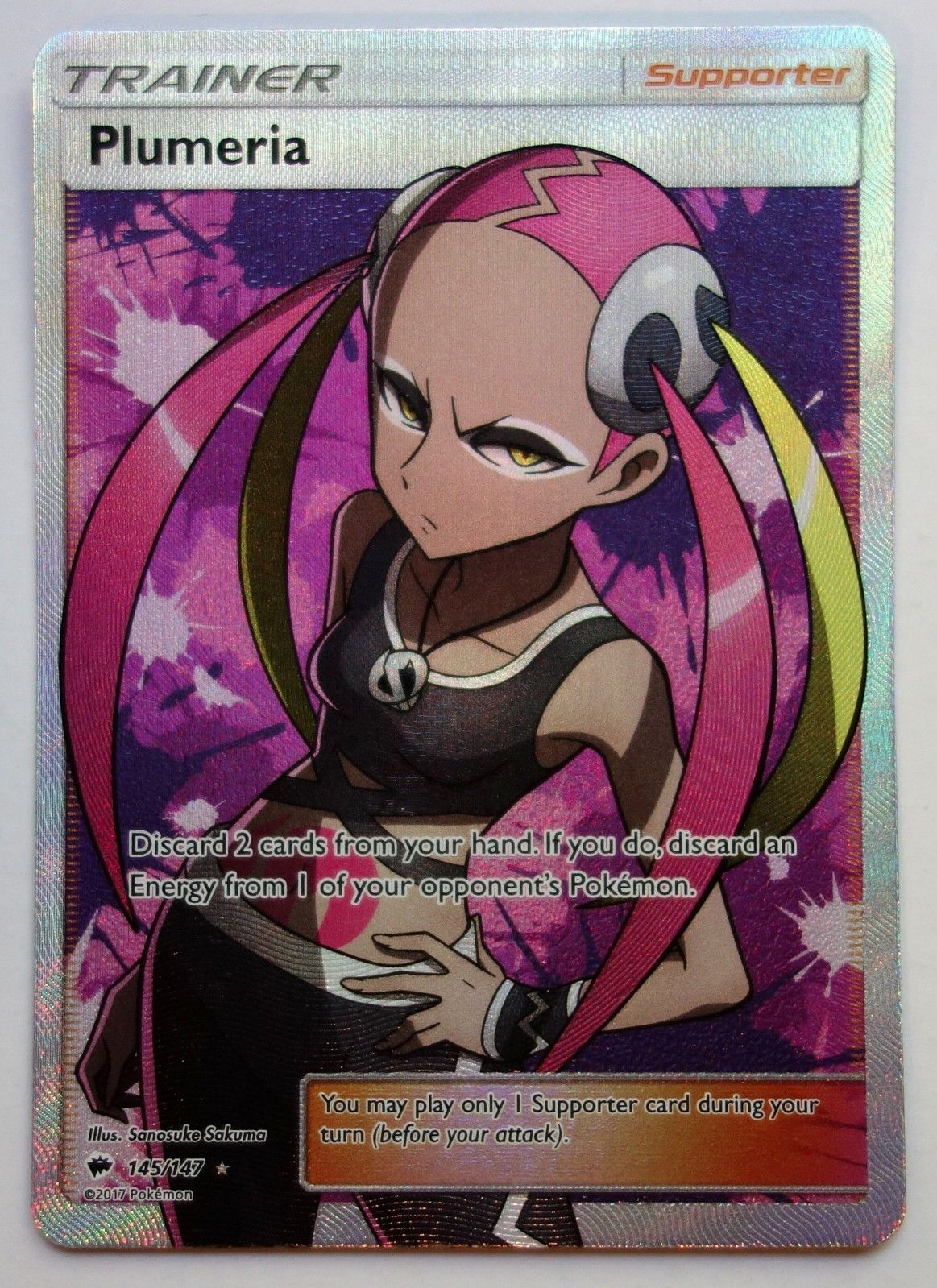 Pokemon has also taken on a solid-colored background theme. Machamp GX and Primarina GX are a couple of my favorite examples. 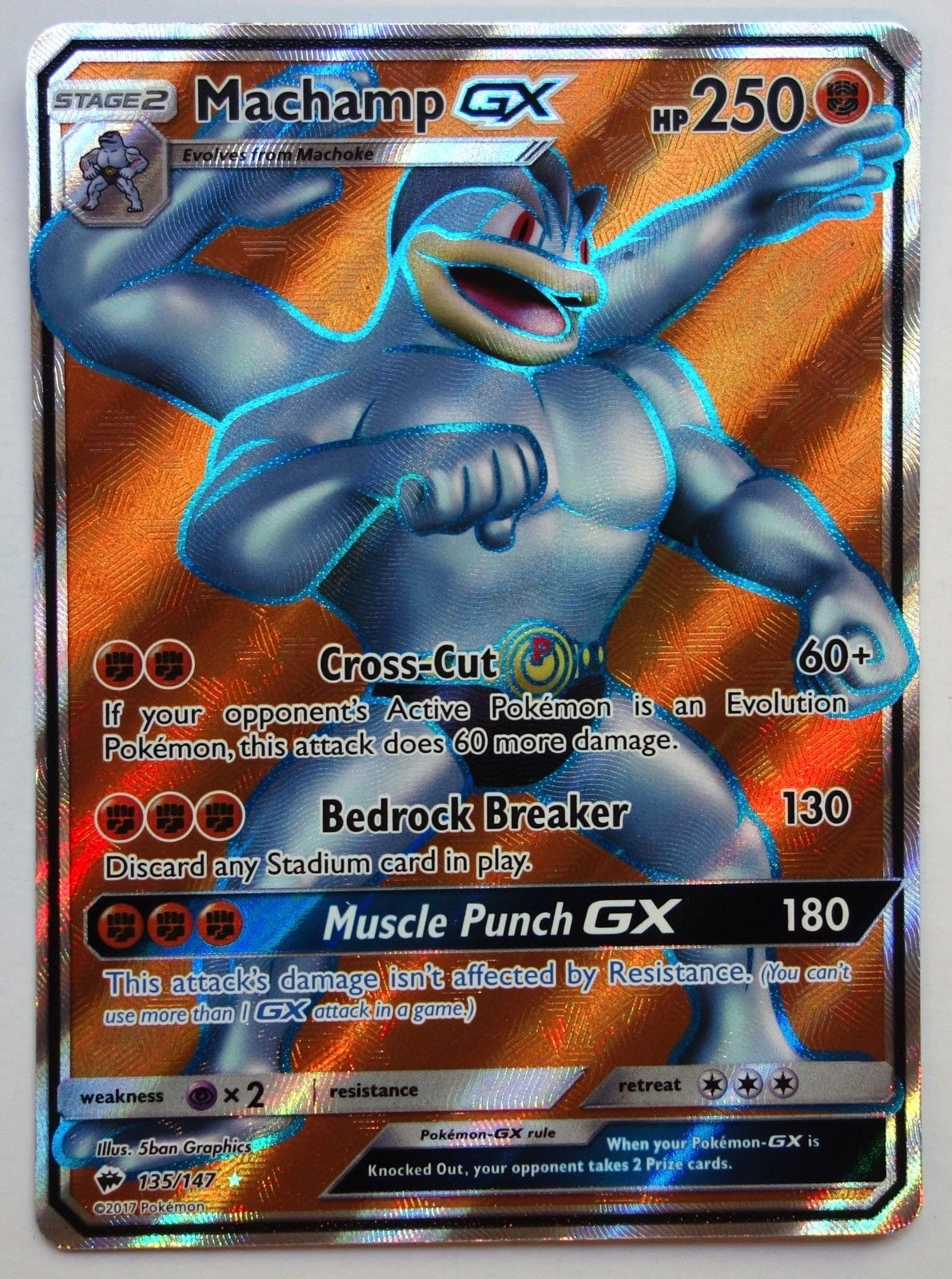 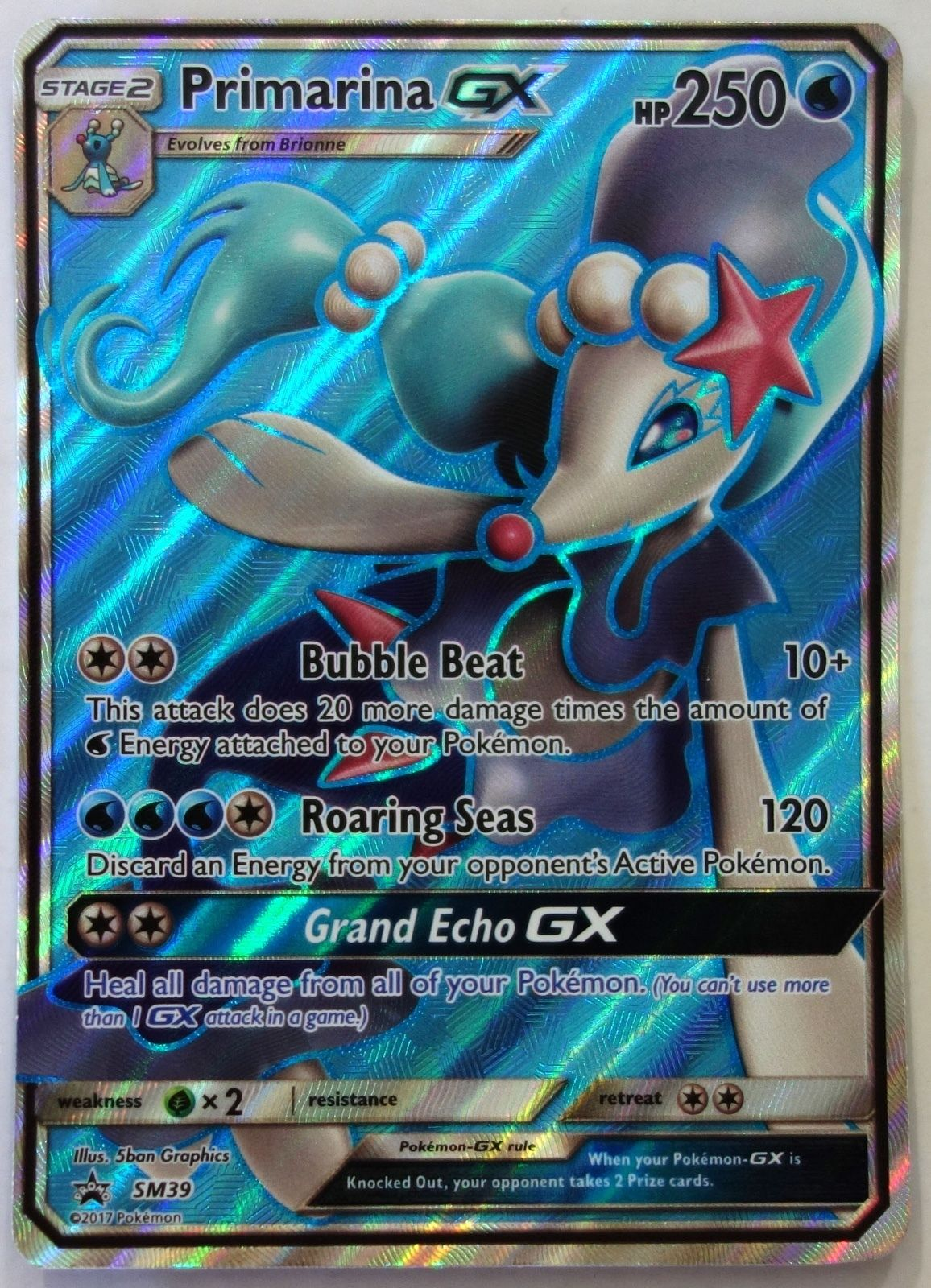 This is stylistically very different from anything we have ever seen before. The artwork has more in common with Andy Warhol than it does previous sets. I find it a refreshing break from the aggressive, busy backgrounds we are used to. Additionally, a solid color background is going to give more attention to the texturing of the cards. Modern texturing, introduced with the Black and White era of the TCG, is one of the best additions to cards in recent years. While texturing gives tangible dimension to the cards and adds to the handling experience, when paired with the solid color backgrounds, I suspect texturing will greatly improve the visual dimension in the collecting experience.

As a collector, my favorite card in Burning Shadows is Ho-Oh GX. 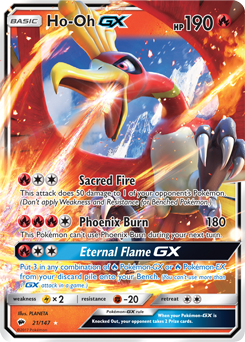 I appreciate the action shot and consider it reminiscent of Shining Gyarados from Neo Revelation. Special mention goes out to Necrozma GX. I love Necrozma in general because it looks like Cacturne attending a death metal concert in full garb. I find that thought entertaining.

If I am considering Burning Shadows indicative of Pokemon’s current state of affairs, I’d like to see the following things happen:

While I'm not thrilled about the treatment of promo cards in Burning Shadows, I can appreciate the artistic shifts and thematic continuity the set brings. My understanding from prerelease experiences is that the quality of the cards is still high. This is a good sign that Pokemon will not be slipping back into its bad quality control habits any time soon. If you're a collector who isn't yet committed to the set, I recommend picking up a few cards here and there that stand out to you but being slow to go in hard on the set as a whole. If you're a Charizard collector, Pokemon has you wrapped around their finger already.

(NOTE: This article is part one in a three part series of articles.)