Starting in 2014, the Pokemon World Championships began awarding the top four players in the Trading Card Game and Video Game full art Pikachu trophy cards. Each player receives one trophy card in addition to their stamped annual promos and physical trophy. 2014 was a significant year for Worlds trading cards as it was the first time the full art Pikachu design had been used. From 2004 until 2013, a regular art version existed with different artwork. The trend of using the same Pikachu trophy artwork for the Pokemon World Championships is holding true in 2017 as we continue the use of the same artwork first introduced four years ago.

Each of the cards below has exactly six copies distributed. The 1st, 2nd, 3rd, and fourth place winners in the Masters, Seniors, and Juniors division of both the Trading Card Game and Video Game Championships received one copy of their respective trophy each. Each card features the 2017 World Championships stamp to distinguish it from other years in addition to an invitation to join competitors at the 2018 World Championships.

I also want to thank each of the competitors that cooperated with me to get photos of this year’s trophy cards. 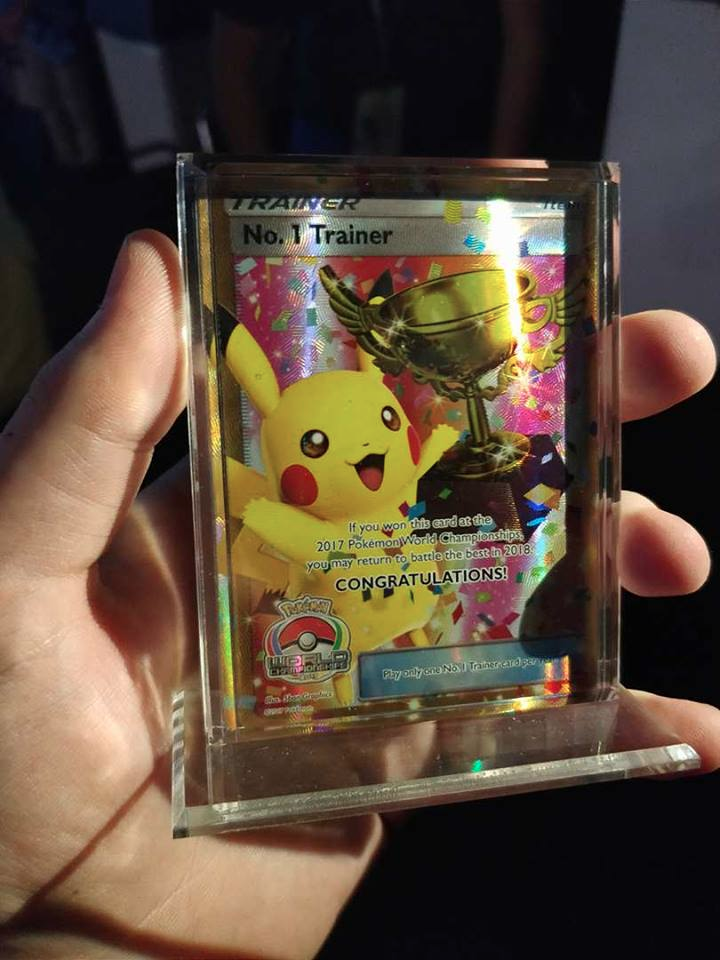 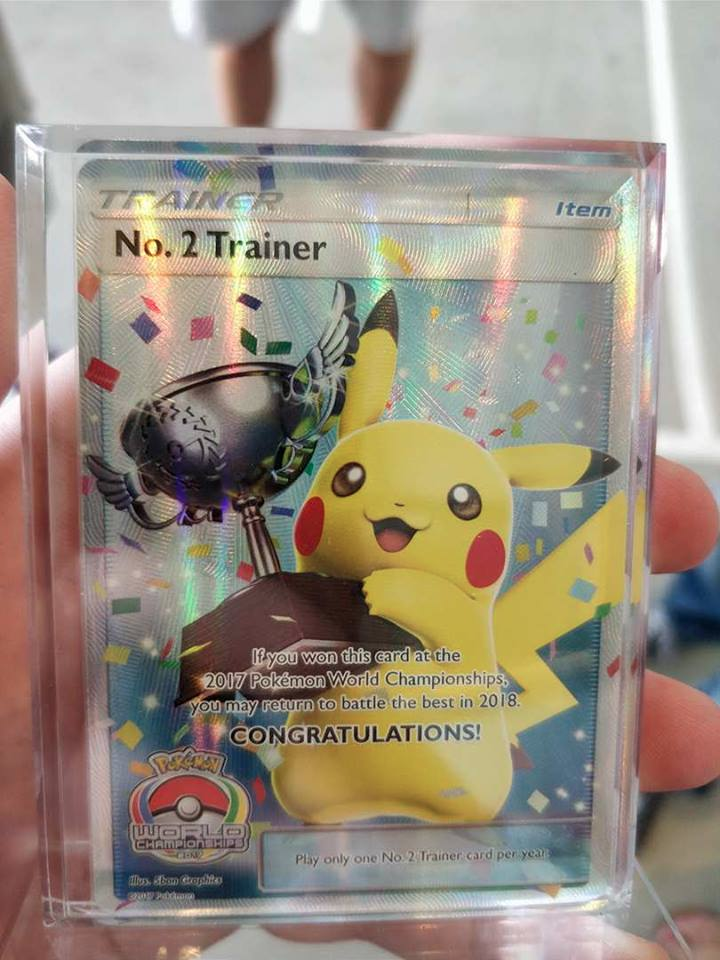 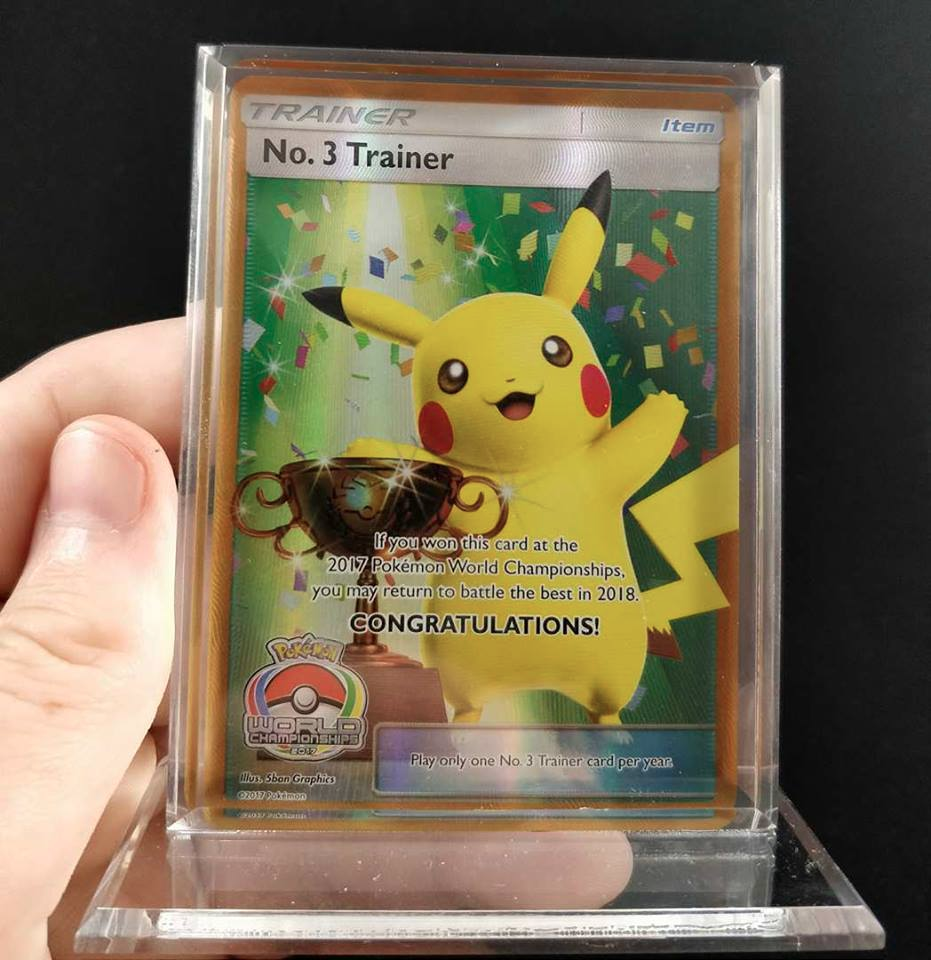 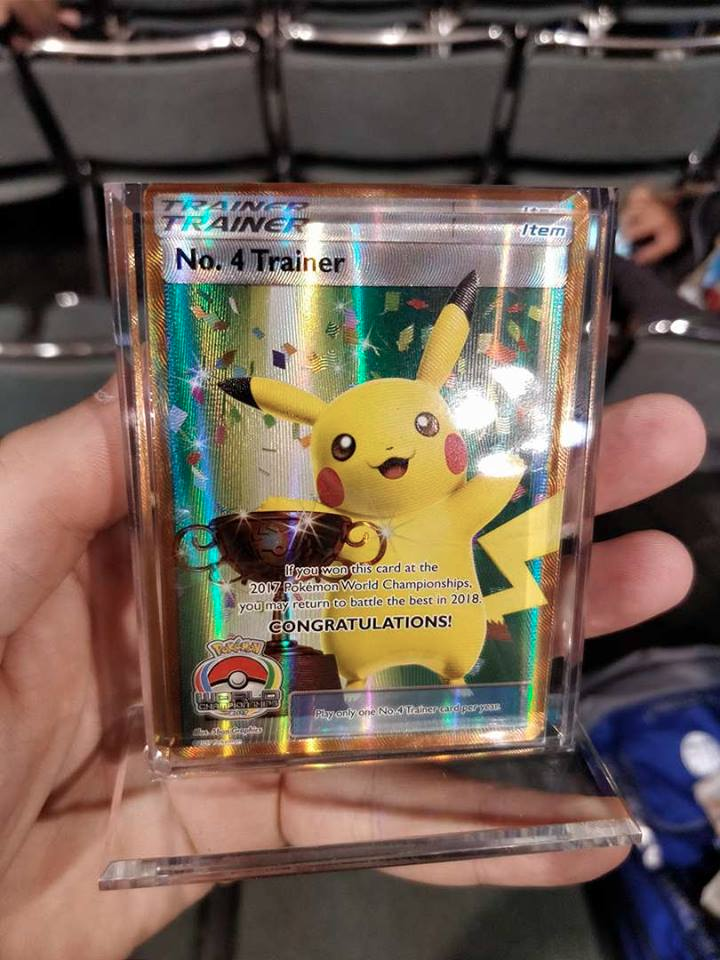 We are looking forward to Worlds 2018 in Nashville, Tennessee where we will continue to document these awesome cards and celebrate with the victors who earn them.